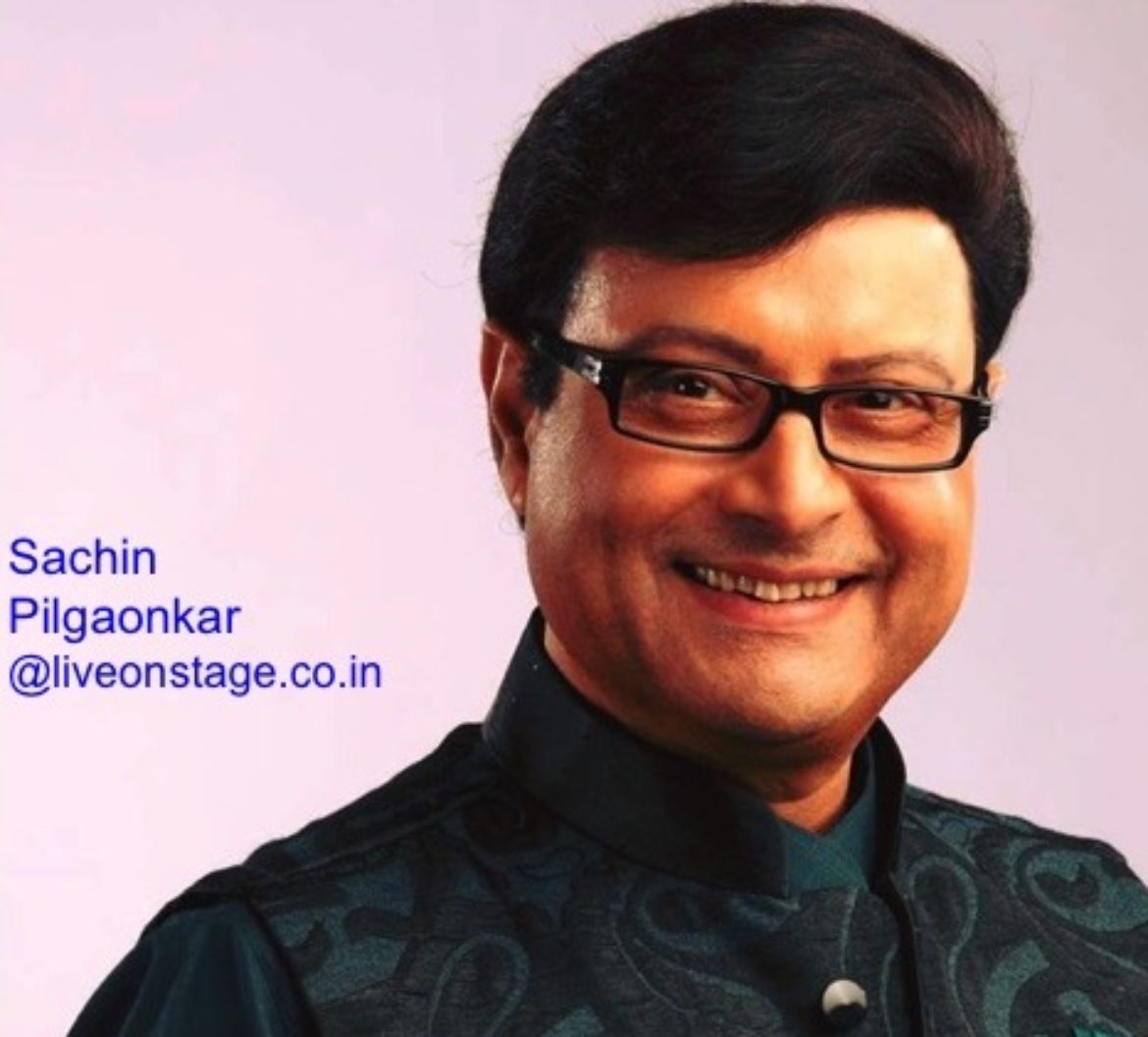 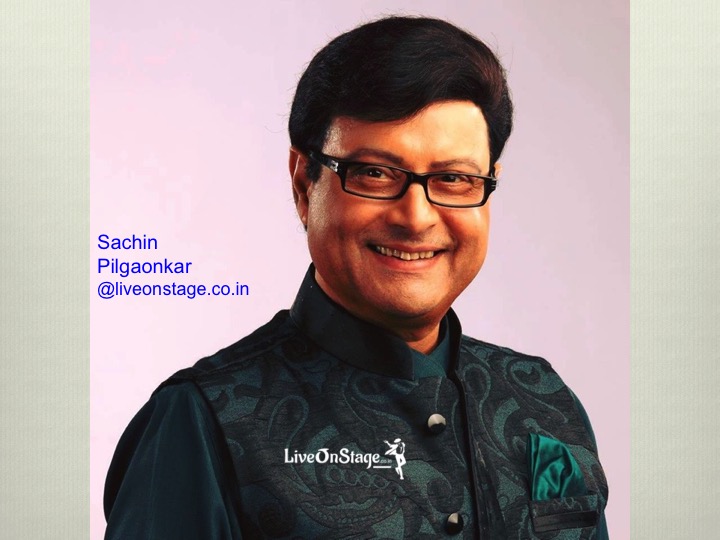 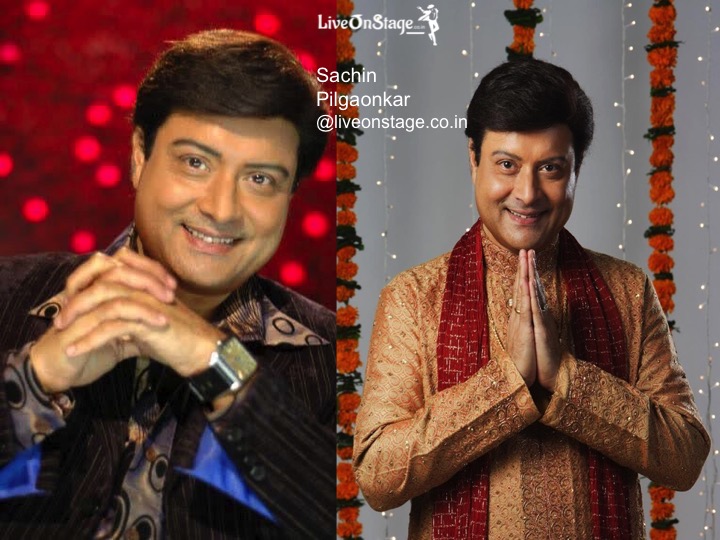 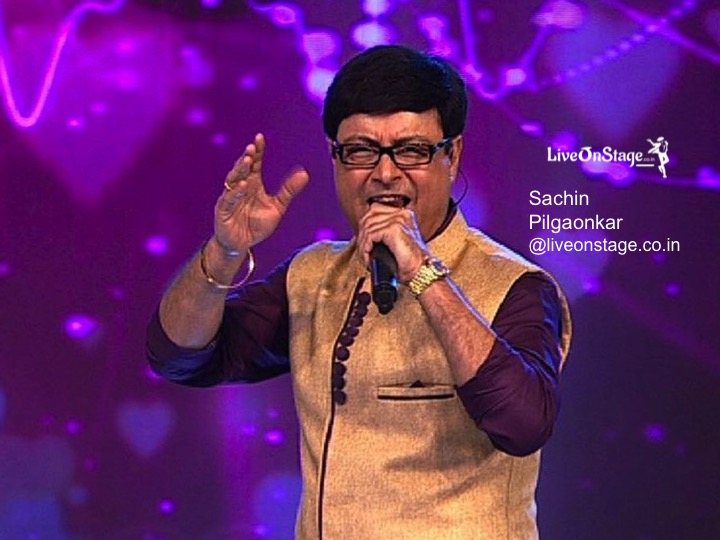 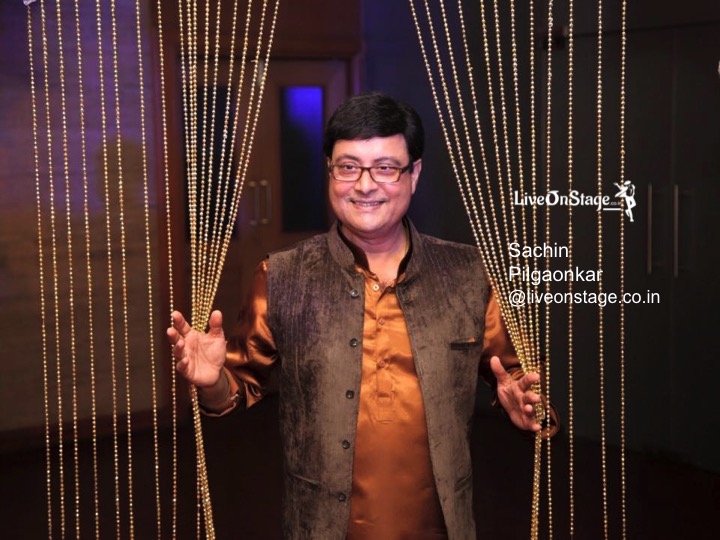 Sachin Pilgaonkar is an Indian film and television actor, director, singer and producer.

Sachin Pilgaonkar started his film career as a child artist in the Marathi film, Ha Maza Marg Ekla (This is my own singular path) (1962) at the age of four. He won the National Film Award for the same. Dr. Sarvepalli Radhakrishnan handed him the award. As a child actor, he first appeared in the Dharmendra-Meena Kumari starrer very emotional film Majhli Didi, directed by Hrishikesh Mukherjee, and also appeared in prominent films such as Jewel Thief, Chanda Aur Bijli, Brahmachari (Hindi film)and Mela (1971 film). As a child artist, his best buddy was Junior Mehmood, with whom he first did the Shammi Kapoor-starrer Brahmachari as nine-year-old kids, and have done 15 films together as child artists.

He switched to playing lead roles for a brief time with Rajshri Productions’ Geet Gaata Chal. In this, he paired with Sarika and the film’s unexpected success made them a lead pair for other films. Some of his roles as the lead were Balika Badhu (1976), College Girl and Rajshri Productions’ Ankhiyon Ke Jharokhon Se and Nadiya Ke Paar with Sadhana Singh.

With Trishul, he switched back to supporting roles and was part of successful movies such as Sholay, Avtar, Sur Sangam and Satte Pe Satta, but as roles dried up he took to direction, making Marathi movies and producing TV serials. He is one of the most well-known Marathi film directors. Hi directed Subhash Ghai’s Prem Deewane, starring Jackie Shroff, Madhuri Dixit, Pooja Bhatt and Vivek Mushran and then directed Aisi Bhi Kya Jaldi Hai, starring Srishti Bahl and Vivek Mushran with Ashok Saraf in a key role.

Sachin’s latest movie is as a director for Rajshri’s latest Jaana Pehchana, to be released in 2011. The film Jaana Pehchana has been released. It is a true sequel to Sachin’s earlier film Ankhiyon Ke Jharokhon Se.

Sachin turned to Indian Television in the 1990s, when he directed a superhit Hindi comedy show, Tu Tu Main Main on Hindi National channel Star Plus, which starred his wife Supriya and Reema Lagoo. He also directed a show Rin 1 2 3 on Hindi National channel DD Metro, which used to show parodies on Bollywood movies. He also directed the sitcom, Hadh Kar Di starring Dara Singh, which too initially did well, but later was pulled off. In the meantime, he also anchored Hindi music shows like Chalti Ka Naam Antakshari and various other events and Marathi film award ceremonies. In 2006, he, along with his wife, Supriya, won the Hindi dance Reality Show Nach Baliye, pocketing Rs. 40 lakh {Approx. $100,000}, beating nine other celebrity contestant pairs. In late 2007, he started a new programme on Zee Marathi, known as Eka Peksha Ek, which is based on dance , finding hidden talent in all the areas of the state of Maharashtra in India.

He appeared as a judge of reality comedy talent show, Chhote Miyan (2009) on Colors TV.

Sachin has also been directing Marathi films since the 1980s. He started directing with Mai Baap (1982) which received critical acclaim, but started tasting commercial success only with 1984’s Navri Mile Navryala, which also starred his future wife, Supriya. Further movies like Gammat Jammat and Maza Pati Karodpati cemented his place in the Marathi film industry. However, he tasted major success in 1988’s Ashi Hi Banwa Banwi, which starred himself and the two reigning superstars of Marathi cinema, Ashok Saraf and Laxmikant Berde. The movie was a runaway hit, establishing Sachin as a hitmaker. He then changed track to experimental cinema with the next two films, but returned to comedy with Amchyasarkhe Aamhich, which proved to be yet another hit.

Sachin assisted many big directors. Sachin also assisted Hrishikesh Mukherjee and got some good lessons about editing from him.

Sachin wrote his autobiography during the completion of 50 years of his film career named Hach Maza Marg हाच माझा मार्ग.