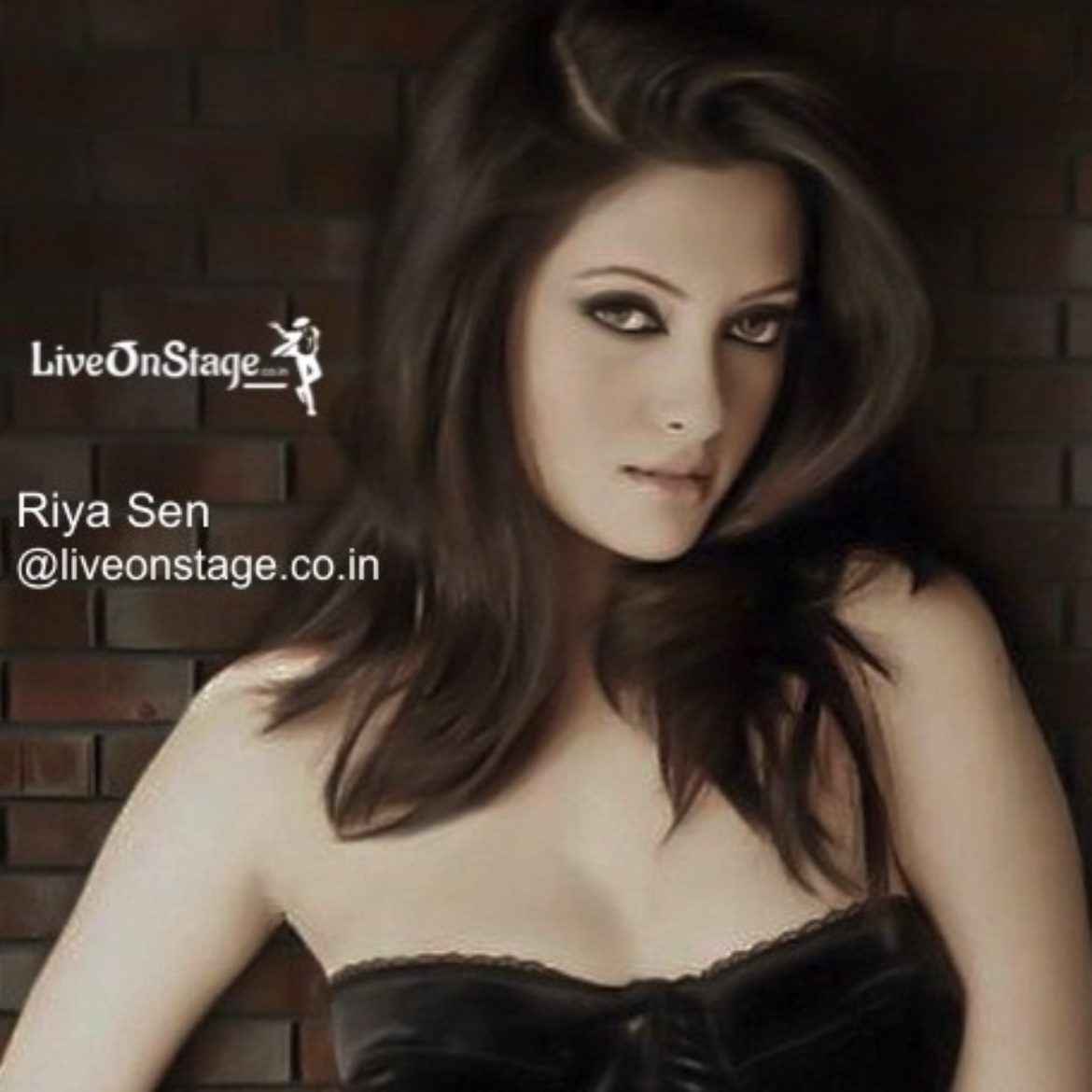 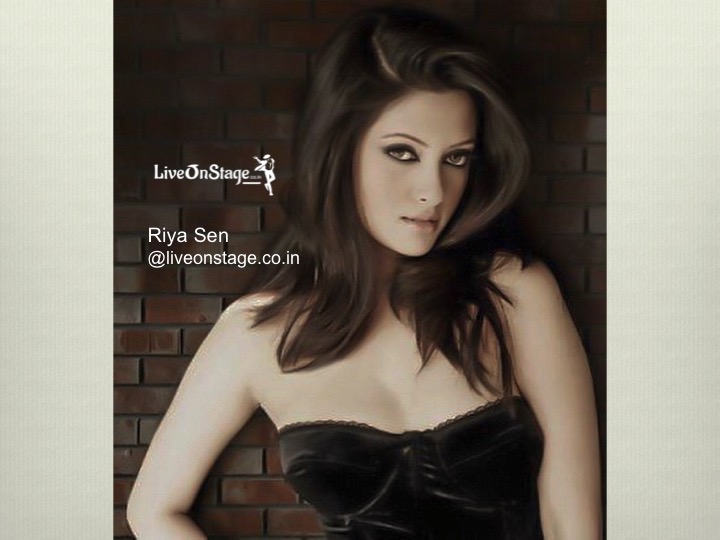 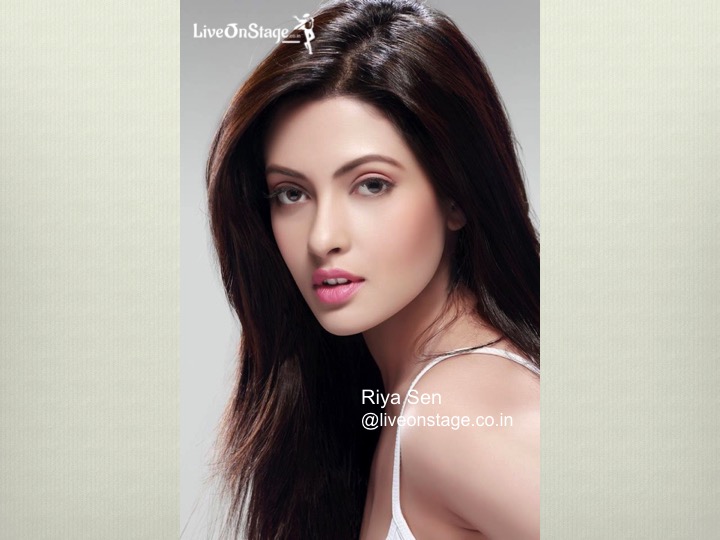 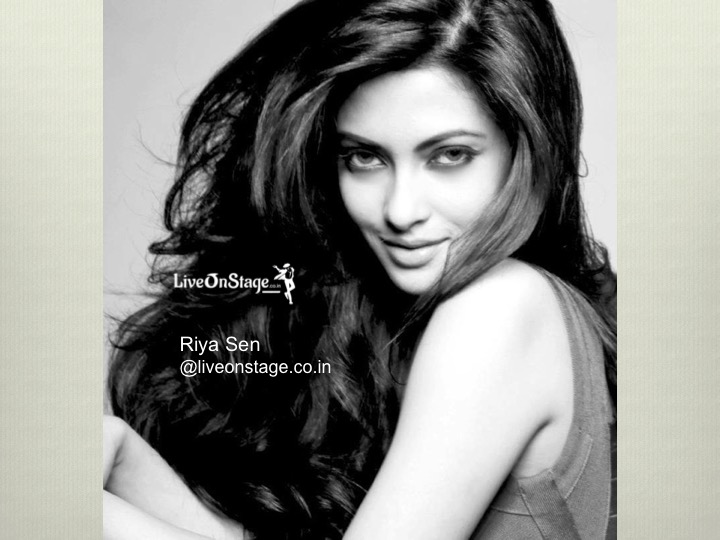 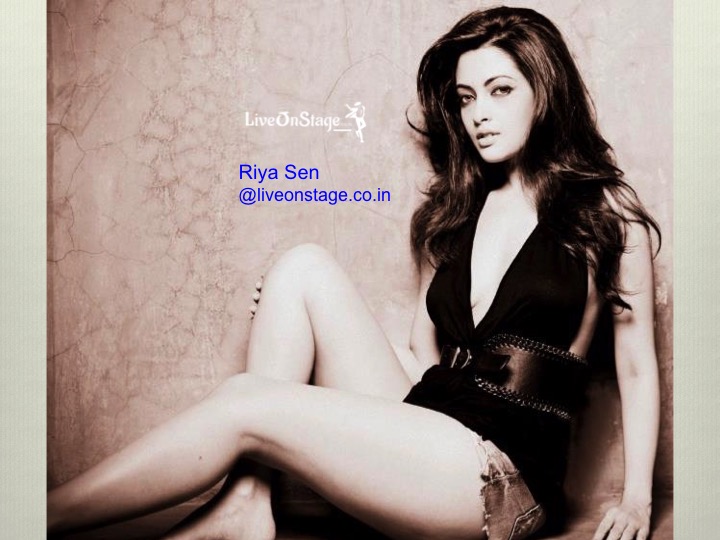 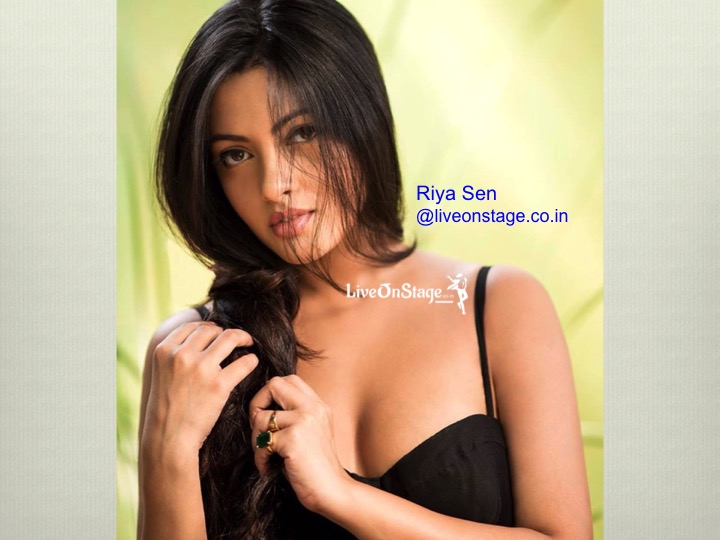 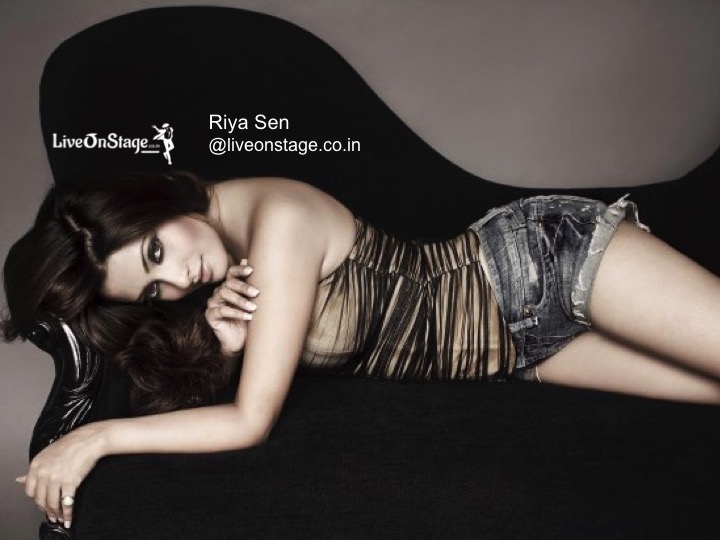 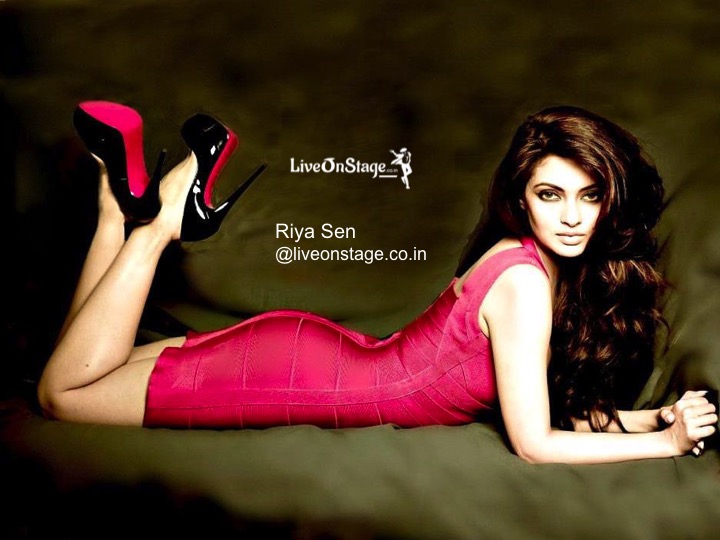 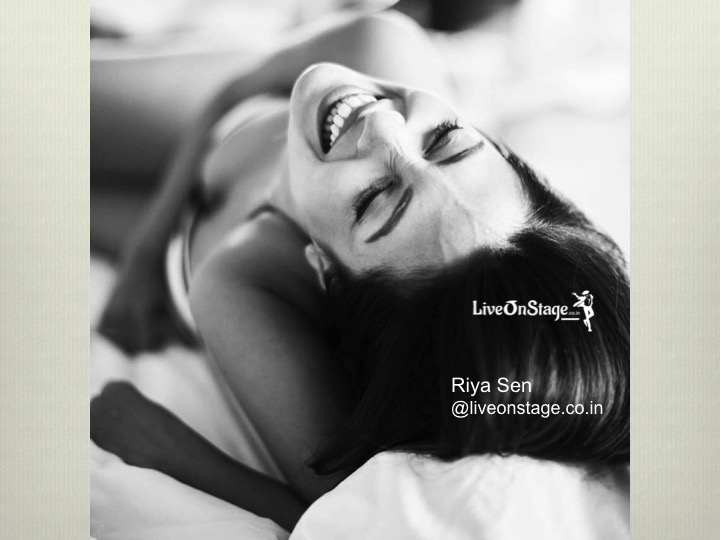 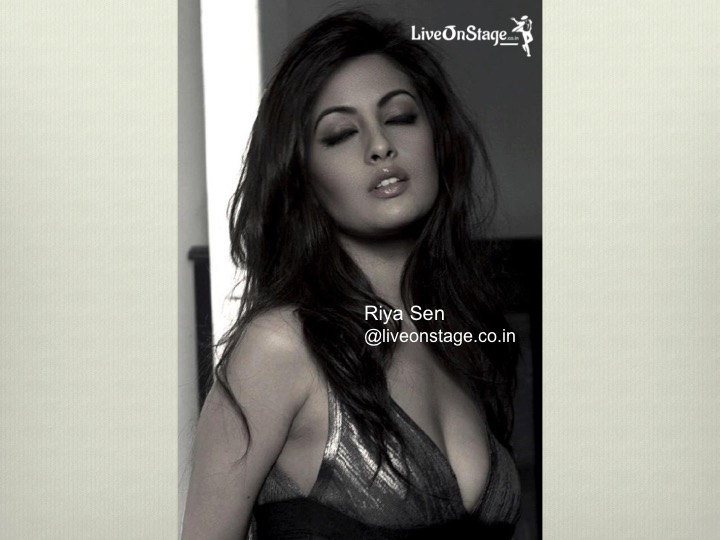 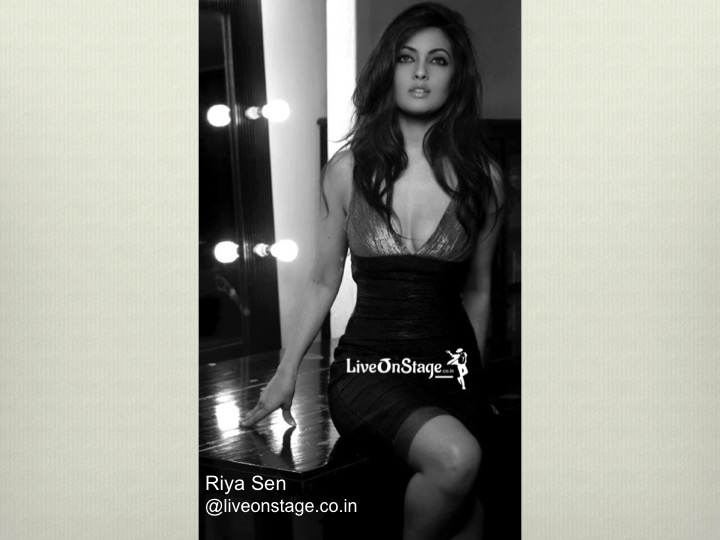 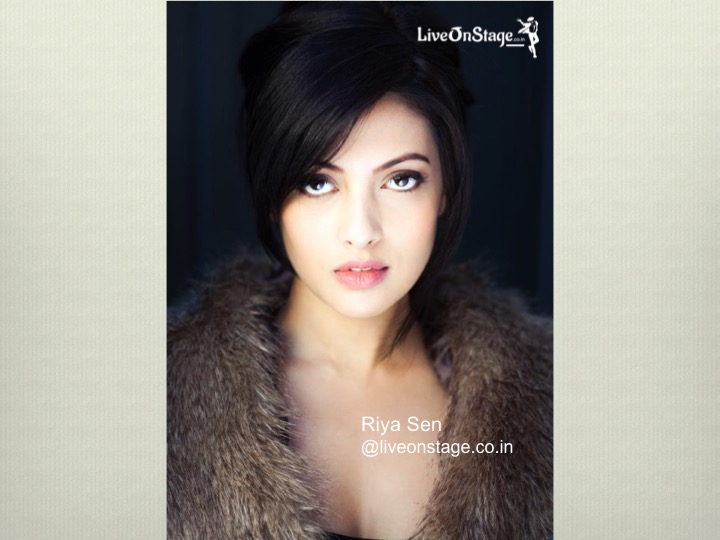 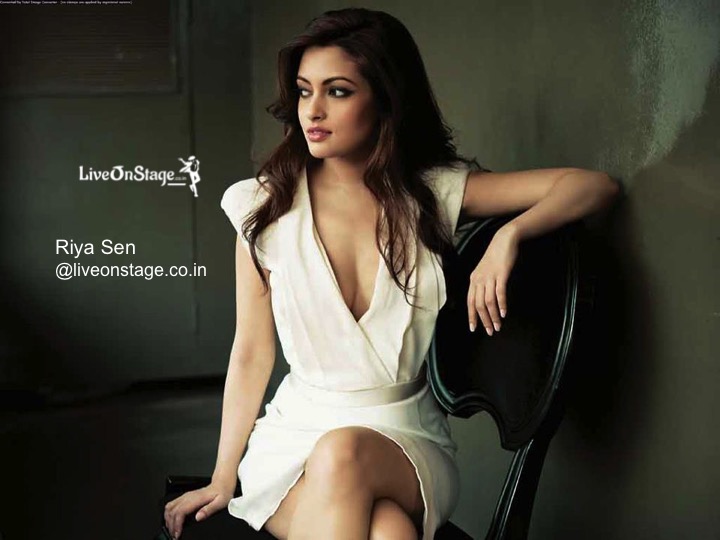 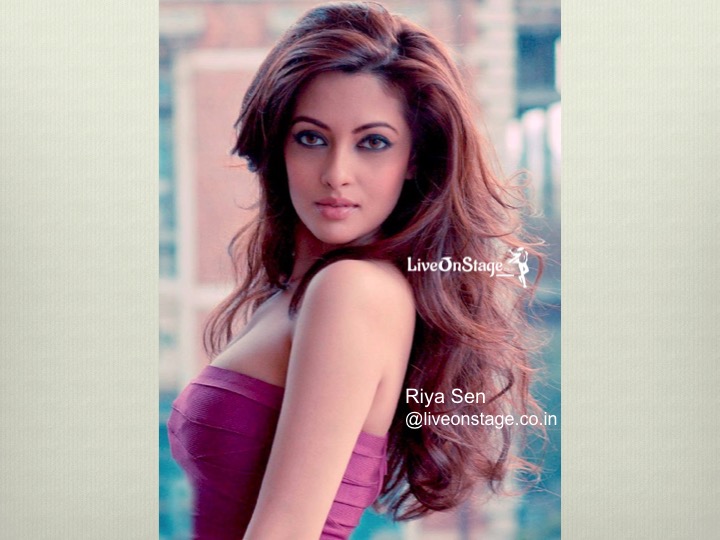 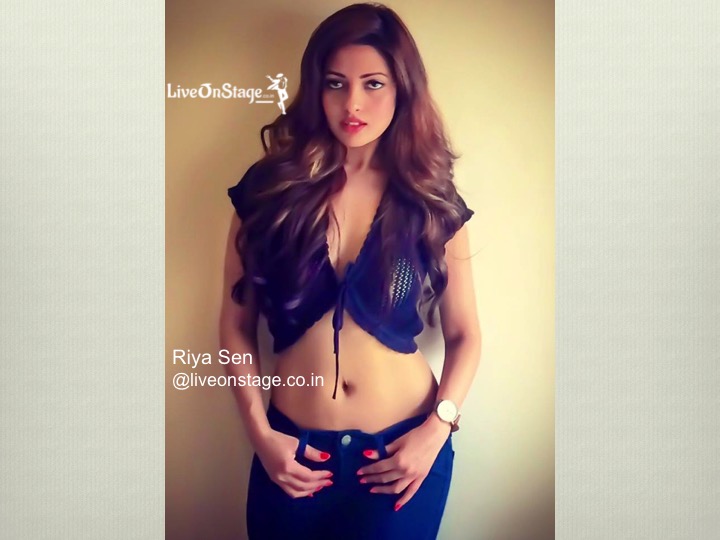 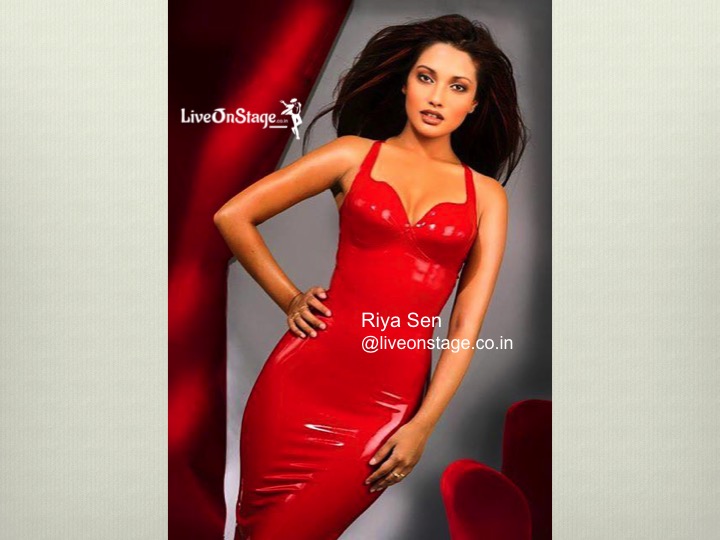 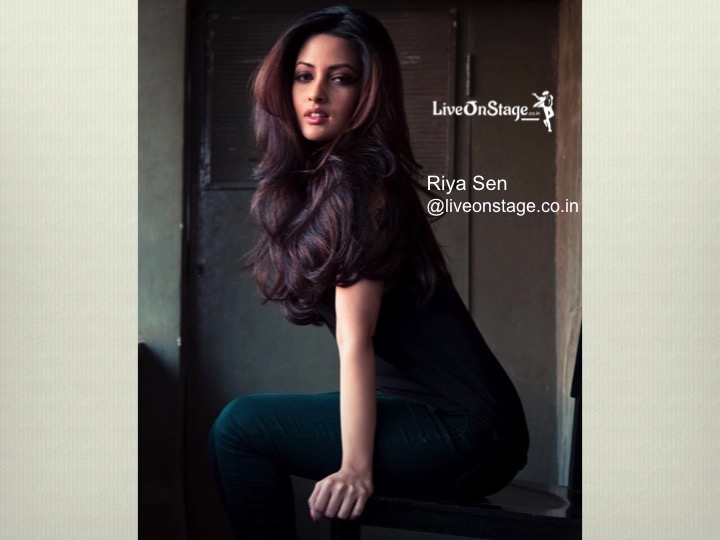 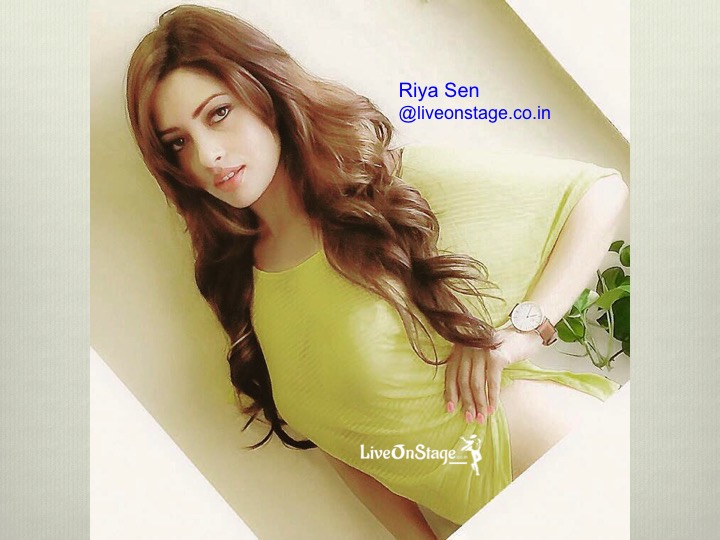 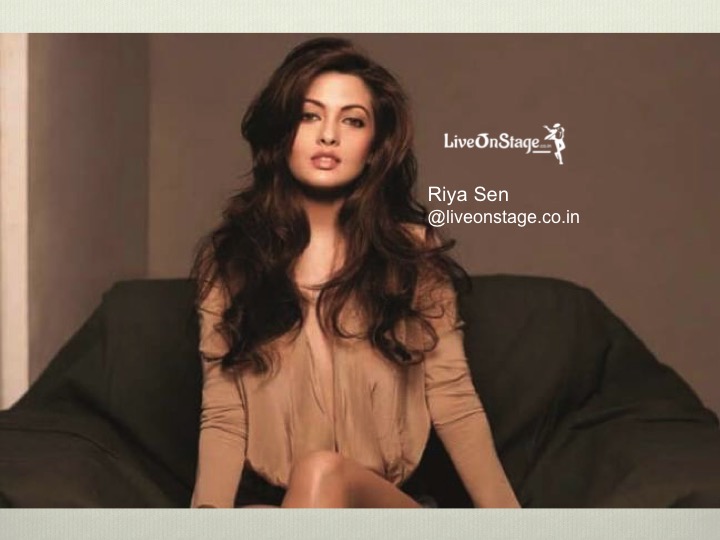 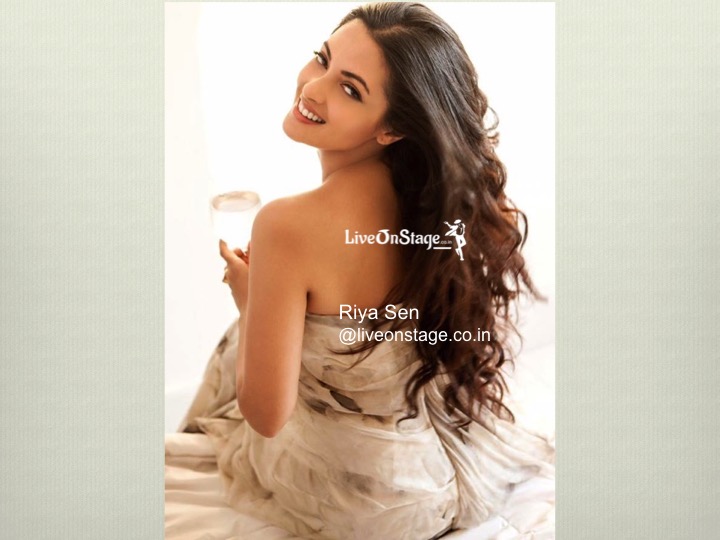 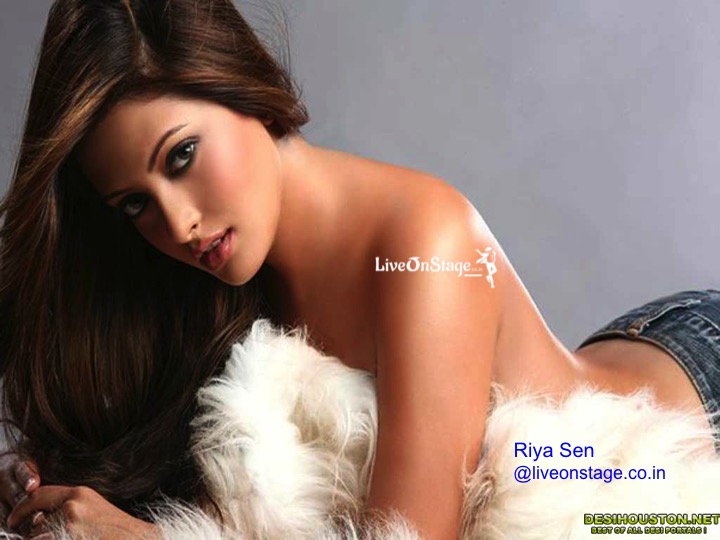 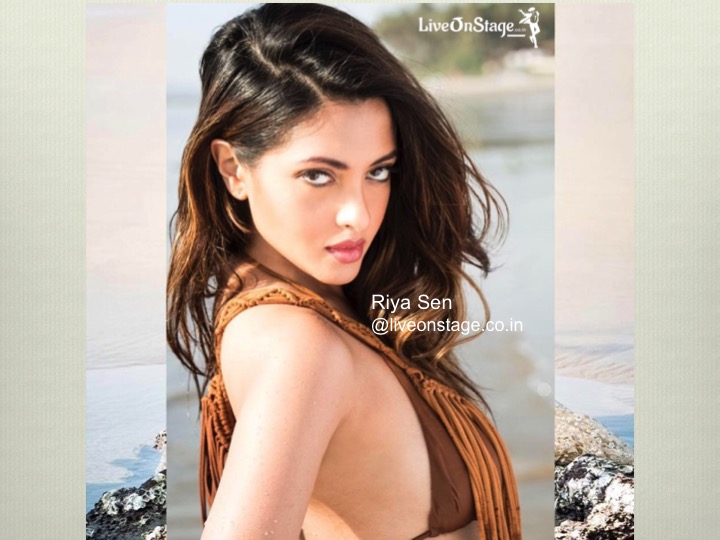 The beautiful sensuous and dusky beauty Riya Sen has been in the Indian Film industry for long. She has acted in Bollywood, Bengali, Tamil, Telugu and Malayalam Films too.

Some of her other notable films include producer Pritish Nandy’s musical film, Jhankaar Beats (2003) in Hinglish, Shaadi No. 1 (2005) and Malayalam horror film Ananthabhadram (2005).

Riya was first recognised as a model when she performed in Falguni Pathak’s music video Yaad Piya Ki Aane Lagi at the age of sixteen in 1998.

Since then, she has appeared in music videos, television commercials, fashion shows, and on magazine covers. Riya has worked as an activist and appeared in an AIDS awareness music video with the aim of dispelling popular myths about the disease. She also helped raise funds for pediatric eye-care.

Many of her appearances have been item numbers and cameos, few of her leading roles have been in low-budget films. Though she had small roles in Dil Vil Pyar Vyar (2002), Qayamat (2003) and Plan (2004), attention was drawn to her item numbers in all three, especially the one in Qayamat that featured her in a bubble-bath. Besides this, she performed another item number in James (2005) on director-producer Ram Gopal Varma’s behest, who has a history of casting aspirant actress-models like Sameera Reddy, Isha Koppikar and Koena Mitra in similar roles. Furthermore, she took part in a dance number for Sajid Khan’s Heyy Babyy (2007) that featured several mainstream Bollywood actresses.

Her film career began in the earnest with Tamil films such as Bharathi Raja’s Taj Mahal, co-starring Manjoj Bharatiraja in the male lead, and Manoj Bhatnaghar’s Good Luck, opposite Prasanth. she had a brief reappearance in Tamil cinema only to perform in a dance number for N. Maharajan’s Arasatchi.

Her first English language movie was It Was Raining That Night, a remake of the Bengali film Hei Brishtir Raat, scripted by Sudeshna Roy and directed by Mahesh Manjrekar. In the film, The two sisters were lcast together in director Ajai Sinha’s The Bachelor, a Bengali film that, as of 2008, is yet to be finished.

Her most successful non-Hindi film has been director Santhosh Sivan’s Ananthabhadram (2005). The first Malayalam venture for both Riya and Sivan, was both a critical and commercial success. It won five Kerala State Film Awards and surfaced as one of the biggest Malayalam successes that year. She made her Telugu Debut with Nenu Meeku Telusa n which she was paired opposite Manoj Manchu.

In 2012 Sen won the Star Guide Award as best actress for her performance in Noukadubi.

This led to her being identified primarily as a performer for music videos early in her career, an image she aimed to shed in 2005.  Riya has appeared on several magazine covers, including Femina, Elaan, Man’s World, Gladrags, Savvy and Indian versions of Elle, Maxim and Cosmopolitan, as well

She has walked the ramp for major fashion shows like Lakmé Fashion Week (2005–07) and Wills Fashion Week (2006–2007). She participated in fashion shows along with her elder sister, Raima Sen. Besides modelling, Riya has ventured into the advertisement world as well. A high point of her modelling career came in 2006, when she became the soft drink, Limca’s brand ambassador, replacing Deepika Padukone. Her other notable assignments include Colgate, Dabur Vatika, Reliance Industries, Cadbury Dairy Milk Chocolate, and Nirma.

In 2004, she was featured partially nude in leading Indian photographer Dabboo Ratnani’s annual calendar, which is a major happening in the Indian glamour industry. According to Daboo, “Her mother saw it much later, after the calendar released. She thought it was too sexy, and Riya shouldn’t have done it. But the response to the photograph was superb. Riya was so thrilled that for her next ad campaign, she asked me to light her up like I did in this.”A career highlight for the model, it led to a three-year contract with Ratnani to feature her on his annual calendar. She is the only female face to be featured on the calendar for five consecutive years (2003–07).